Dino Santaniello is the head of Tilleke & Gibbins’ office in Laos. He has broad experience across many fields of law, including patents and trademarks, privacy and data protection, corporate establishment, licensing, and other commercial transactions. Dino advises both domestic and international companies on legal matters in Laos and Thailand, and based on the strengths of his client service and legal expertise, is recognized as a Distinguished Practitioner in Asialaw Leading Lawyers; a Band 2 lawyer in Chambers Asia-Pacific; a Leading Individual in The Legal 500 Asia Pacific, and a Highly-Regarded Practitioner in IFLR 1000.

Prior to joining Tilleke & Gibbins, Dino worked as an in-house counsel in the insurance and oil and gas industries. During this time, he advised on corporate and commercial issues, as well as intellectual property matters such as trade secrets and restrictive covenants.

Dino has spent significant time in studying foreign languages with the aim of helping inbound investors entering into Asian markets. He is fluent in French, English, Lao, and Thai, and he is conversant in Korean.

On September 14, Dino Santaniello, head of Tilleke & Gibbins in Laos, spoke in a webinar titled “Starting a Business in Laos.” The webinar, which was hosted by the European Chamber of Commerce in Laos (ECCIL), featured four business and legal experts sharing insights on how entrepreneurs, investors, and multinationals can set up a company and obtain work permits in Laos. In his presentation, Dino focused on the legal framework for business establishment in Laos and offered some practical tips on how the process is conducted locally. Together, the speakers highlighted the significant opportunity available to business operations in Laos, and discussed the competitive advantages and challenges of carrying out business activities in the jurisdiction. They also discussed taxation and financial best practices, such as opening a corporate bank account. The well-attended webinar attracted many entrepreneurs, investors, executives, and others interested in potentially setting up business operations in Laos.

On September 9, Dino Santaniello, head of Tilleke & Gibbins in Laos, will speak in a construction and real estate webinar hosted by the European Chamber of Commerce in Laos (ECCIL). In the webinar, which will feature expert speakers from the legal and real estate industries, Dino will focus on the legal and regulatory environment regarding land ownership, commercial investment in Laos, real estate due diligence, and other real estate project-related activities. Dino and his fellow speakers will provide entrepreneurs, investors, project managers, and other interested parties with key insights on real estate and construction in Laos, as well as an understanding of the new Law on Land and related investment opportunities in the country. For more details and registration information, please visit the ECCIL website.

The 2021 edition of the prestigious Asia Women in Business Law Awards was announced on September 15, with Tilleke & Gibbins winning the prize for Thailand Firm of the Year. Each year, Euromoney hosts the Asia Women in Business Law Awards to recognize firms that are strongly committed to gender issues and women’s advancement in the law. The awards are a celebration of women in the legal profession throughout the Asia-Pacific region, and shine a spotlight on top individual lawyers as well as firms whose success is driven by women. The awards further recognize gender diversity initiatives, innovation, mentoring, work-life balance, pro bono work, and talent management. With its record of providing an equitable environment that supports and rewards high performers regardless of gender or other status, Tilleke & Gibbins is a regular contender in the awards, which it last won in 2019 when it was named Vietnam Firm of the Year. To browse the complete list of winners of the Asia Women in Business Law Awards 2021, please visit the awards website.

Tilleke & Gibbins is pleased to share that the firm’s market-leading patent practice in Thailand has retained its top-tier ranking in the 2021 edition of Intellectual Asset Management (IAM) magazine’s IAM Patent 1000 publication. Notably, this announcement marks the ninth consecutive year that the firm has been positioned atop the Thailand rankings table in the annual publication. In the editorial that accompanies the firm’s rankings, IAM Patent 1000 calls Tilleke & Gibbins “[a]n outfit with a stellar reputation and a strong reputation in ASEAN,” a distinction that resulted in the firm boasting “the highest number of ranked individuals in [Thailand].” The firm’s ranked patent practitioners include: Alan Adcock Darani Vachanavuttivong Nandana Indananda Somboon Earterasarun Suebsiri Taweepon Sukontip Jitmongkolthong The annual IAM Patent 1000 rankings are based on several months of in-depth research and market analysis conducted by IAM researchers. In the 2021 rankings, the publication also awarded top marks to Tilleke & Gibbins’ offices in Cambodia, Indonesia, and Vietnam. For more information or to see a full list of rankings, please visit IAM Patent 1000’s website. 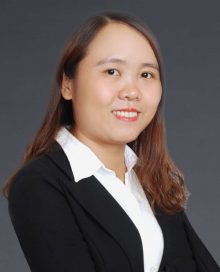 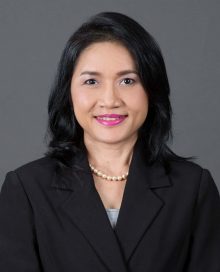 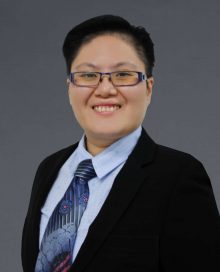 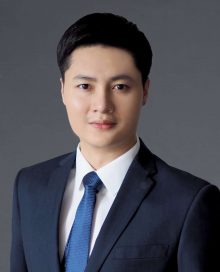