Reputed to be an icon of the Thailand legal market particularly during 1970s-1990s, David Lyman has represented a diverse client base in landmark cases and high-stakes matters. David provides straightforward, practical advice to multinational corporations and SMEs on foreign direct investment, mergers and acquisitions, corporate governance, and anti-corruption issues. Also known as an innovative thinker, David is widely regarded as a go-to lawyer for cases involving extraordinary facts. From representing foreign journalists accused of defamation, to setting a precedent for determining compensation in wrongful death cases, to locking horns with the Royal Thai Navy over the rights of maritime treasure hunters, to defense work in labor matters, and murder, David is first and foremost an advocate.

David’s advocacy extends beyond strictly legal matters to creating a better environment for business and a cleaner environment for future generations. As Founder, in 1975, of the then Prime Minister of Thailand’s Foreign Investment Advisory Council (now the Joint Foreign Chambers of Commerce in Thailand), a past President and decades-long serving Governor of the American Chamber of Commerce in Thailand (AMCHAM), a current Senior Advisor to AMCHAM’s Board of Governors, and a current Director of the Board of the AMCHAM Thailand Charitable Foundation (a position he has held for more than a decade), David has regularly represented the interests of American and foreign investors in high-level meetings with members of the U.S. and Thai governments. A dedicated conservationist, a former submarine officer with the U.S. Navy, and one of Thailand’s first certified Scuba Divemasters, David was a founding member of the Thailand Business Council for Sustainable Development in 1996, has been on the Board of the Thai Society for the Prevention of Cruelty to Animals since 1993 to the present, and has served on many committees to advance environmental protection. After having held the position of Operation Smile Thailand Foundation’s Interim Chairman towards the end of 2019 until early 2020, he has served as the organization’s Honorary Advisor since then.

David and his wife, Tongtae, have owned several elephants and a multitude of dogs. Absent children of their own, they support the education of a dozen young people. They have been avid scuba divers and planters of forest trees, and are world travelers.

David spent 15 years in the uniform of the U.S. Navy. During his first 4 years, he was an NROTC midshipman. His first ship was a minesweeper. Then, over the next 9 years, he was in the U.S. Navy Submarine Force, active and reserve. He holds the rank of Lieutenant Commander USNR (SS). David is also an advocate on the world stage. He has held key positions at The World Economic Forum’s Davos Annual Meeting for 18 years, in the International Chamber of Commerce’s Commission on Corporate Responsibility and Anti-Corruption since 1996, and on the Advisory Council of the International Crisis Group during 2003-2013. Being a member of the California State Bar Association from 1965, he also served on the Board of Governors at the University of California Hastings College of the Law, his alma mater, during 2011-2017. He is a founder of the Thailand branch of the International Chamber of Commerce, and served on its Board from 1999 until 2017, currently holding the position of Advisor to the Board. He was a member of the original Board of Directors of Lex Mundi, the world’s leading law firm network.

David is the author of “Lyman’s Laws for Lawyers (and everybody else, too!)” and his recent “Some of My Life’s Lessons Learned”. An avid proponent of good business practices, David is entrusted with maintaining the firm’s high profile and stature in the community as its Chief Values Officer (CVO). Among his duties as CVO, David is responsible for keeping the human side of an organization functioning on the course of honest, wise, responsible, legal, and accountable business and professional practices. In his practice, David combines a passion for the law, with all of its political, economic, and social implications, with a deep devotion to Thailand. As a mark of his dedication, he has received the Thai Suan Luang Rama IX Commemorative Coin, presented by HRH Princess Maha Chakri Sirindhorn in 1988, a Miniature Cartridge Pouch Pin of the First Infantry Regiment, the King’s Own Bodyguard in 2003, the “Phra Dulyathipat” Badge, awarded by the Council of the Judge Advocate General’s School in 2014; an Apostolic Blessing imparted by the Pope, His Holiness Francis, on the occasion of the 25th Anniversary of the Father Ray Children’s Home in Thailand in 2014; and an award in 2016 bestowed by Thailand’s National Legislative Assembly for devotion to help and protect abandoned animals.

In November 2018, David received the American Embassy Gold Award, delivered by Mr. Greg Wong, the then U.S. Commercial Counselor. According to Mr. Wong, this award has only been given three times before by the embassy. The award is from the American people for David’s services to, for and on behalf of the Thai people and the American community in Thailand over many years. He also received the Albert Nelson Marquis Lifetime Achievement Award recognized by the Marquis Who’s Who Publications Board (Marquis Who’s Who in the World) in 2019.

On May 25, 2021, His Majesty King Maha Vajiralongkorn Phra Vajiraklaochaoyuhua graciously granted the royal decoration “Member (5th Class) of the Most Admirable Order of Direkgunabhorn” to David. This royal award is bestowed upon individuals who make an outstanding contribution to the Kingdom of Thailand. The official announcement was published in Thailand’s Government Gazette on June 21, 2021, and it noted the breadth of David’s contributions and praised his efforts to promote international relations and cooperation, as well as economic, social and cultural contributions. The announcement specifically cited the major role he had in driving the construction project of the Geodesic Dome for desert plants at the American Garden of Suan Luang Rama IX—a public park commemorating His Majesty King Bhumibol Adulyadej the Great.

JD, Hastings College of the Law, University of California

David Lyman has been appointed as a Member (5th Class) of the Most Admirable Order of Direkgunabhorn in recognition of his lifelong dedication to the improvement of the Thai nation and its relations with the United States.

The Legal 500 Asia Pacific 2023: Tilleke & Gibbins a Leading Firm in All Its Jurisdictions

The newly released rankings in The Legal 500 Asia Pacific 2023 have identified Tilleke & Gibbins as a leading firm in all six of its jurisdictions in Southeast Asia. In addition to its strong performance in the practice area rankings, Tilleke & Gibbins had a record-breaking year in the individual rankings. The firm’s Thailand office was identified as a leader in all 15 of the practices areas ranked in the guide: Tier 1: Dispute Resolution, Intellectual Property, Labour and Employment, Tax, TMT Tier 2: Banking and Finance, Capital Markets, Corporate and M&A, Customs and International Trade, Insurance, Projects and Energy, Real Estate and Construction, Restructuring and Insolvency, Transport Tier 3: Dispute Resolution: International Arbitration Tilleke & Gibbins’ offices in Vietnam received rankings in nine practice areas: Tier 1: Data Protection, Intellectual Property (International Firms), TMT Tier 2: Corporate and M&A, Dispute Resolution: Litigation, Labour and Employment Tier 3: Dispute Resolution: International Arbitration Tier 4: Banking and Finance, Projects and Energy For Myanmar, Tilleke & Gibbins was ranked in two practices—including a new ranking for Projects: Tier 2: Corporate and M&A, Projects Tilleke & Gibbins earned one additional practice-area or firm ranking for each of its offices in Cambodia, Indonesia, and Laos: Tier 1: Laos (Leading Firms – single category) Tier 2: Cambodia (Leading Firms – single category); Indonesia (Intellectual Property) To browse the full rankings and read the accompanying editorial analysis, please view the firm rankings through the country links above or read more about the rankings on the Legal 500 Asia Pacific website.

In the Asia M&A Rankings 2022 announced recently by Asian Legal Business, T&G has kept its solid performance in the rankings with Tier 2 recognitions in both Thailand and Vietnam. (The other jurisdictions in which Tilleke & Gibbins is eligible are not yet included in the rankings.) The rankings aim to highlight the best law firms for transactional work in the region, and are based on analysis of firm submissions, in-house research, interviews, and feedback from clients and third parties in the market. Tilleke & Gibbins’ representation in the Thailand and Vietnam rankings reflects the firm’s reputation for consistently strong support of corporate transactions across Southeast Asia. Asian Legal Business, owned by Thomson Reuters, is a leading source of information for businesses and professionals active in the region. To learn more about the M&A rankings, please see the September 2020 issue of Asian Legal Business magazine. 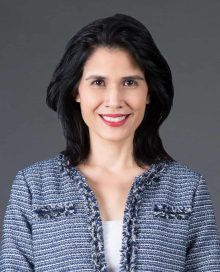 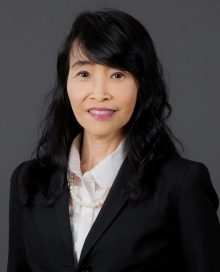 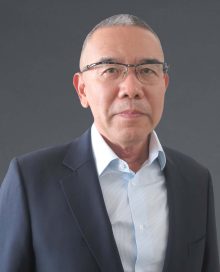 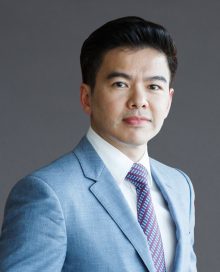 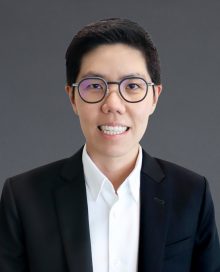