Darani Vachanavuttivong is a formidable enforcer of intellectual property rights (IPR), including trademarks, copyrights, and patents. Regarded as “a brilliant, hands-on lawyer who works extremely hard for her clients” (WTR 1000), Darani is currently recognized as a top IP practitioner by such publications as Asialaw Leading Lawyers (since 2003), The Legal 500 Asia Pacific (since 2003), and Chambers Asia-Pacific (since 2008). She has been named as one of the most accomplished female IP practitioners in the world by Managing Intellectual Property magazine, which includes Darani in its list of the “Top 250 Women in IP”

Darani helps clients protect IPR in some of the toughest jurisdictions in the world—Thailand, Vietnam, Cambodia, Laos, and Myanmar. Darani previously headed the firm’s trademark registration group and is well-versed in writing patents, having represented numerous patent clients and having attended several high-level courses on drafting patent specifications, including the South East Asian Patent Drafting Training Course and the Patent Agent Training Course organized by the Department of Intellectual Property, Bangkok.

Darani takes a realistic, no-nonsense approach to protecting intellectual property in Southeast Asia, and notes that, “protecting IPR should be viewed as an investment in the product and the company’s good name and as a critical line-item in any originator’s budget.”

On April 26, Darani Vachanavuttivong, managing partner of the firm’s intellectual property department, led an ASEAN Intellectual Property Association (ASEAN IPA) webinar titled “IP and Youth: Innovating for a Better Future” to celebrate World IP Day 2022. Appearing in her capacity as president of the ASEAN IPA, Darani welcomed three young presenters to the virtual event. The three young innovators, who were were from Chulalongkorn University, the United States Patent and Trademark Office (USPTO), and New York University, gave presentations on the following topics, respectively: Intellectual Property Law and Thailand’s Higher Education USPTO: US and ASEAN Youth Initiatives Digitalization and Innovation in Today’s Legal Industry The session emphasized this year’s world IP day theme (“IP and Youth: Innovating for a Better Future”) and inspired upcoming leaders across the region to embrace innovation, technology, and IP as part of their future.

Attorneys from Tilleke & Gibbins’ intellectual property group in Bangkok have contributed the Thailand chapter to the recently published second edition of International Copyright Law: A Practical Global Guide. The updated edition of the book, which was first published in 2013, contains in-depth chapters on the legal framework for copyright from specialists in over 30 jurisdictions worldwide. The Thailand chapter was written by Ploynapa Julagasigorn, senior associate; Darani Vachanavuttivong, managing partner and managing director of the firm’s intellectual property group; and Suebsiri Taweepon, partner. The chapter outlines the types of work that can be protected, formalities for and duration of protection, rules relating to the ownership of copyright works, and infringement. The topics are as follows: Copyright treaties and conventions: Berne Convention and TRIPS Agreement. What can be protected: Work definition, criteria, and specific works. Formalities for protection: Thailand’s Department of Intellectual Property. Duration of protection: Literary, dramatic, musical, artistic, photographic, and audiovisual works; audio and video broadcasts; sound recordings; cinematographic work; applied art; and computer programs. Ownership of works: Initial ownership, commissioned works and works made in the course of employment, and assignment and licensing. Infringement: Primary and secondary infringement. Rights: Moral and performers’ rights. Defenses: Fair dealing/use, private use, internet safe harbors, temporary copying, and other key defenses. Enforcement of foreign copyright: Application of Copyright Act to works by foreign creators, judicial procedures, and penalties. International Copyright Law: A Practical Guide helps counsel and other professionals at multinational companies understand the varying copyright laws and practices in jurisdictions around the world, and is a resource for private-practice lawyers doing copyright-related intellectual property work. For more details, and to order the guide, please see the Globe Law and Business website. An excerpt from the Thailand chapter is available as a PDF through the button below.

The June 2022 issue of Asian Legal Business (ALB) includes their Top 15 Female Lawyers feature—an annual list of the leading women in legal practice across Asia. Included in the list is Tilleke & Gibbins managing partner Darani Vachanavuttivong, who is also managing director of the firm’s intellectual property department. She is the only lawyer from Thailand to be named to this year’s list. Directly following the announcement of the Top 15 Female Lawyers in the magazine is a roundtable article titled “Women Leaders Forge a New Path.” This article features insights and opinions from leaders at law firm throughout Asia, including extensive quotes from Darani and her fellow managing partner, Tiziana Sucharitkul. Darani and Tiziana shared some of their experiences and advice, and discussed some of Tilleke & Gibbins’ approaches—particularly toward diversity and inclusion. ALB, which is owned by Thomson Reuters, publishes insights and perspectives to inform legal professionals in Asia-Pacific and the Middle East. The publisher also organizes a number of awards and rankings programs for law firms in Asia. For more details on the Top 15 Female Lawyers 2022, and to read Darani’s and Tiziana’s comments, please see the full June 2022 issue of ALB, which is free to read online. 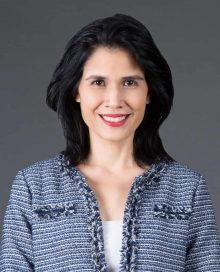 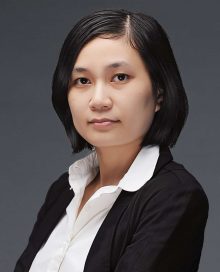 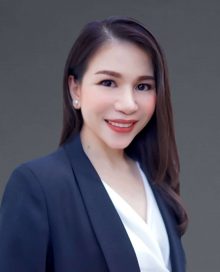 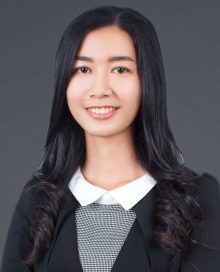