A New Dawn for Cryptocurrency in Vietnam?

Over the past decade, cryptocurrency has been a consistently hot topic in Vietnam. A recent surge in the price of Bitcoin (BTC) from approximately USD 4,000 to nearly USD 65,000 in just over a year has turned up the heat more than ever. According to a recent report by Statista, Vietnam is ranked second among 74 countries surveyed in terms of the percentage of respondents who said that they used or owned cryptocurrency in 2020.

The considerable interest of Vietnamese users has in turn grabbed great attention from the government, specifically regarding how it can effectively regulate and potentially utilize this type of currency. Recently, the government issued Decision No. 942/QD-TTg dated June 15, 2021, approving the strategy for development of e-government toward digital government for 2021-2025 with orientation toward 2030 (“Decision 942”). Decision 942 raised a stir among Vietnamese investors as it seemed to hint at the government’s growing openness toward cryptocurrency, which to date has been largely opposed.

Legality of Cryptocurrency in Vietnam

For a general picture of cryptocurrency’s legal status in Vietnam, it can be briefly summarized that (i) there is no legal definition of cryptocurrency; and (ii) cryptocurrency is not yet explicitly recognized as either an asset/property or a means of transaction.

Thus far, the government’s opposition to cryptocurrency has been relatively clear. Under Official Letter No. 5747/NHNN-PC dated July 21, 2017, the State Bank of Vietnam (SBV) explicitly stated that cryptocurrency in general and BTC and Litecoin in particular are not legal currencies or means of payment in Vietnam; thus, any issuance, supply, or use of them as currency or a means of payment is prohibited, and subject to administrative or even criminal sanctions.

Later, on April 11, 2018, the Prime Minister issued Directive No. 10/CT-TTg to agencies including the SBV, the Ministry of Finance, and the Ministry of Public Security on increasing the management of activities related to BTC and other cryptocurrencies, with the aim to control, prevent, and deal with transactions related to cryptocurrency. In response, two days later, the SBV issued Decision No. 02/CT-NHNN, which requires credit institutions, payment intermediary organizations, and SBV units to strengthen measures to control and deal with transactions related to cryptocurrency.

Does Decision 942 Open a Door for Recognition of Cryptocurrency?

According to Associate Professor Dinh Trong Thinh, Senior Lecturer at the Academy of Finance, with this new pilot program, the government plans to issue a virtual VND (that is, a currency that is still Vietnamese currency, but has been issued and circulated in the digital space), and this is not related to cryptocurrency like BTC. The value of this new virtual currency, if codified and put into practice, would depend on the government’s decision, rather than fluctuating in price based on the market, like other cryptocurrencies. (See related article in Vietnam Finance.)

It should be noted that in March 2021, Vietnam’s Ministry of Finance announced that they had established a research group on virtual assets and virtual currency, with the aim to achieve an appropriate policy and management mechanism for them.

Are these signs that the government is ready to formally allow cryptocurrency, and even embrace it? It will be interesting to see what further steps the government takes to respond to this emerging trend. 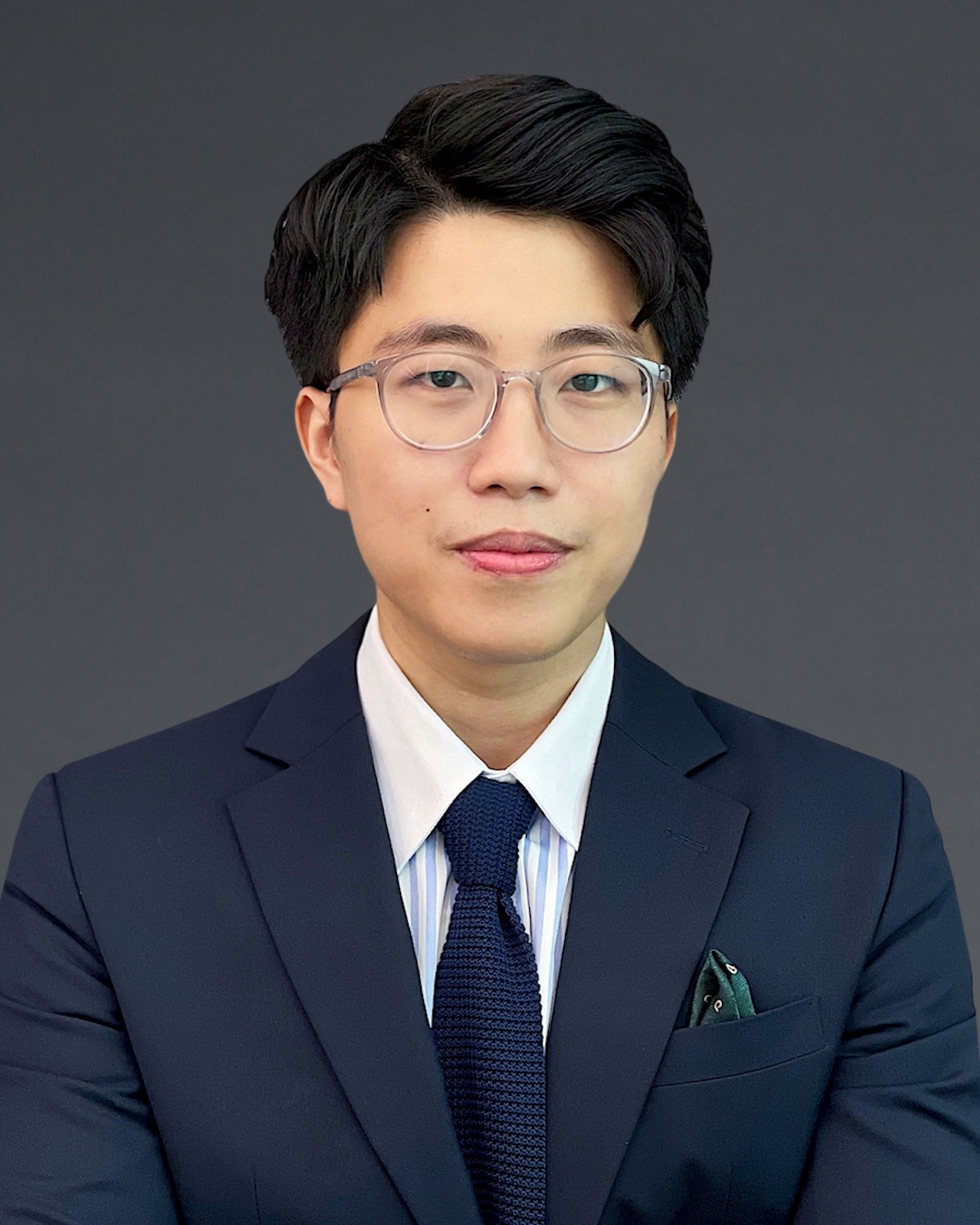 On November 11, 2022, Myanmar’s Ministry of Commerce (MOC) announced a pilot period for importing electric vehicles into Myanmar, which came into force with MOC Order No. 62/2022, issued under the Import and Export Law. A separate order (No. 61/2022) issued on the same day specifies rules for importation of motorcycles by companies that do not have a certificate to open a showroom, as well as rules for opening motorcycle showrooms. Electric Vehicle Importation According to the order, which takes effect January 1, 2023, “electric vehicles” includes only battery electric vehicles (BEVs) for both personal use and passenger use. In order to import electric vehicles into Myanmar without having a certificate to open a showroom, companies must: Be registered as a company, either wholly owned by nationals or a joint venture, at the Directorate of Investment and Company Administration (DICA); Be able to present the purchase and sales agreement for each brand of imported electric vehicles; Receive approval from the National Steering Committee for Development of Electric Vehicles and Associated Businesses, and import according to the quality and quantity of electric vehicles permitted by the committee; Arrange the necessary warranty, spare parts availability, and after-sales service for the imported electric vehicles; Deposit a bank guarantee of MMK 50 million at a bank recognized by the Central Bank of Myanmar; and Apply for a purchase permit at the MOC, for the purpose of registering the imported vehicles with the Road Transport Administration Department. BEV Tax Exemption Following MOC Order No. 62/2022, BEVs and their batteries are now exempted from commercial tax and special goods tax, which came into force with the Law Amending the Union Tax Law 2022 (State Administrative Council Law No. 48/2022) dated November 17, 2022. These tax exemptions will be effective from October 1, 2022, to March

Lawyers from Tilleke & Gibbins in Cambodia, Laos, Myanmar, Thailand, and Vietnam have contributed to the new Multilaw Global Checklist for Monitoring Staff Data, which compiles essential information on regulations related to collection of data on employees. Such collection of data is an increasingly important concern for employers and entrepreneurs as the world pays closer attention to diversity, equality, and antidiscrimination in the workplace. The checklist contains fundamental information for each jurisdiction on legal considerations pertaining to employment diversity surveys and what can and cannot be asked. The table-style list is global in scope, with a separate line for each jurisdiction. The jurisdictional entries are grouped by region, allowing the reader to quickly compare how various countries treat different issues in each part of the world. In each column is a common question about how employers can monitor staff data in full compliance with the law, covering issues such as: Requesting data from employees; Type and format of data captured; Data storage and access; Retention of data; Intra-group cross-border data transfers; and Specific considerations for each jurisdiction. Multilaw, of which Tilleke & Gibbins is a member, is a global network of carefully selected, independent law firms consisting of over 10,000 commercial lawyers in more than 100 countries, able to provide expert legal advice in complex environments around the globe. The full checklist is available for free on the Multilaw website.

Background Thailand’s Personal Data Protection Act 2019 (‘PDPA’) is the country’s first unified data privacy legislation for personal data protection. Coming at a time when people around the world are increasingly aware of the risks and negative consequences of their personal data being compromised, the PDPA seeks to align with international standards, such as the General Data Protection Regulation (Regulation (EU) 2016/679) (‘GDPR’). Prior to the enactment of the PDPA, privacy rights were recognised in the Constitution of the Kingdom of Thailand. Beyond this, the handling of personal data was governed by specific regulations for a handful of sectors, such as telecommunications, financial institutions, securities, and life sciences. The PDPA was announced in the Royal Gazette of the Kingdom of Thailand on 27 May 2019, with an exemption for the enforcement of its requirements in relation to the collection, use, disclosure, and transfer (‘process’ or ‘processing’) of personal data, as well as its provisions on data subjects rights. After some delays caused by the impact of the COVID-19 pandemic over the past two years, the PDPA finally came fully into force on 1 June 2022. Unlike most legislation in Thailand, the PDPA has an extraterritorial aspect whereby data controllers and data processors outside Thailand may be subject to the PDPA if the processing activities they undertake fall under the criteria prescribed in the PDPA. The basics The PDPA defines personal data as any data pertaining to a living natural person that enables the identification of that person, whether directly or indirectly, such as phone number, address, email address, or anything else that might enable the data subject’s identification. The PDPA applies to personal data in any form, whether digital or otherwise. The PDPA introduces two main roles relating to the handling of others’ personal data: the data controller and the

On September 21, 2022, the Electronic Transactions Development Agency (ETDA) held another public hearing on the draft Royal Decree on Digital Platforms and its sub-regulations. This updated draft Royal Decree on Digital Platforms (which is subsequent to a previous round of updates last year) is anticipated to be the final draft before it is proposed to the king for endorsement. Thereafter, it will be published in the Government Gazette and will become effective 240 days after the publication date. The key issues under the latest draft royal decree are as follows: Exemption for certain regulated businesses. The current draft royal decree exempts business operators that are regulated by the Bank of Thailand or the Securities and Exchange Commission, as well as digital platforms operated by government agencies for noncommercial purposes, from the application of the royal decree. Nevertheless, these business operators must ensure that their digital platform has transparency, fairness, and standards which are not less than those required under the Royal Decree. Definition of digital platform. According to the public hearing, the definition of a digital platform has been amended to exclude digital platforms that are used to offer the goods or services of a digital platform provider or its affiliate acting on its behalf, regardless of whether the offering of such goods or services is made to a third party or the affiliate. Appointment of a local contact. Instead of appointing a local representative with no limit of liability, the current draft royal decree only requires offshore digital platform providers to appoint a local contact to coordinate with the ETDA. The local contact must not operate any business in Thailand under the Foreign Business Act. Notification of the ETDA. Digital platforms as defined under the royal decree must notify the ETDA of certain information—such as the name