Since its initial enactment in 1997, Cambodian Labor Law has remained largely untouched. However, with recent amendments introduced by the government in the past year, Cambodia’s Labor Law is now witnessing the most significant changes in its 22-year history. Starting in mid-2018, a number of pro-employee initiatives were introduced in an attempt to bolster and improve Cambodian Labor Law and the benefits provided to the workforce. In brief, employers are now required to pay ongoing seniority payment to employees with open-ended employment contracts (referred to as “undetermined duration contracts”). In addition, those seniority payments must also be back-paid for time worked prior to 2019. These payments can be substantial—employees with fixed term contracts are entitled to five percent of the total wages earned during the duration of their contract—and are accompanied by other major changes including a requirement to pay all employees twice a month, and the enactment of a pension scheme that is expected to be launched by the end of 2019.

On June 26, 2018, Cambodia’s Labor Law was amended to include the concept of seniority payments, which are compulsory, periodic payments made to employees with undetermined duration contracts. The introduction of seniority payments replaced the previously required concept of indemnity for dismissal—a local legal concept equivalent to a severance payment—for undetermined duration contracts.

Before this amendment and its delegated legislation, if an employer unilaterally terminated an employee with an undetermined duration contract for any reason other than the employee’s serious misconduct, the employer was required to pay the employee an indemnity for dismissal—a one-time payment at end of the employment relationship. The indemnity fee was calculated at a rate of 15 days of the employee’s daily wages per year of service.

Legislative ambiguities remain regarding the exact formula for determining the average daily wage for seniority back payments, and Cambodia’s Ministry of Labor and Vocational Training has indicated that further guidance on this issue, amongst others, will be issued after consultation with the private section.

From the employer’s perspective, this amendment converts a potential, accrued liability—a potential payment of the indemnity for dismissal to a terminated employee—into a current liability that must be paid to all employees on a regular basis.

As a result of these changes, employees with undetermined duration contracts will be receiving approximately five percent more in total compensation, which will certainly delight employees, but may cause concern for employers with tight budgets and margins.

Delegated legislation to the amendment also reminds employers that that they are required to pay fixed-term contract employees a severance payment at the end of their employment contract(s). The severance payment must exceed or be equivalent to five percent of the wages paid to the employee during the length of the contract.

Previously, a significant number of employers failed to pay severance if the employee was offered another employment contract at the completion of the prior contract. However, with the introduction of seniority payments and clarification on the requirement to provide severance payments, it is clear that employees on fixed-term contracts are entitled to severance payment at the end of all fixed-term contracts.

Also starting from 2019, salary payments for all employees must be paid twice a month (a measure that previously only applied to those considered “laborers”). The first payment must be made between the 16th and 19th of each month and should amount to half of the employee’s gross monthly salary. The second payment must be made between the 1st and 7th of the following month and should amount to remaining balance owed to the employee after the first payment, including overtime (if any), and deduction of income tax.

Under the Law on Social Security Schemes and its delegated legislation, there are three social security schemes available to the private sector—occupational risk insurance, health insurance, and pensions. Although only the first two schemes have been implemented in Cambodia, the Cambodian government has been actively working on implementing the pension scheme, which is expected to launch towards the end of 2019. As of now, it is unsure whether pension contributions will be made by employers or whether they will be withheld from their employees’ salaries—a notable difference that employers should carefully watch for.

This story was originally published in the Bangkok Post, under a different title, and is reproduced here with permission and thanks. The original story can be viewed here on the Bangkok Post website, or downloaded using the link below. 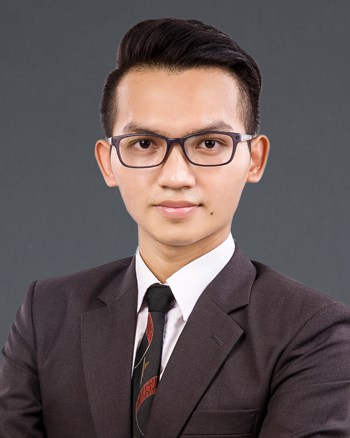 On October 3, 2022, Thailand’s Ministry of Labour issued an announcement canceling the prohibition on lockouts and strikes, which had been in place since the onset of the COVID-19 pandemic. While this cancellation does not apply to ongoing labor disputes already being considered under the interim arrangements, it will apply to all other labor disputes from October 5, 2022, when it was published in the Government Gazette. Lockouts and strikes are basic rights of employers and employees under the Labour Relations Act B.E. 2518 (1975). However, these rights can be suspended—as they have been since May 8, 2020, when the Ministry of Labour announced that all labor disputes that could not be resolved through negotiation must be presented to the Labour Relations Committee in lieu of organizing strikes or lockouts. The announcement referred to the necessity of such special administration during the COVID-19 situation in order to prevent possible negative impacts on both employers and employees. On September 30, 2022, Thailand ended its COVID-19 emergency decree and dissolved the country’s Centre for COVID-19 Situation Administration. In light of this, the Ministry of Labour decided to end the requirement that unresolved labor disputes be sent to the Labour Relations Committee. The ministry’s cancellation of the prohibition will once again allow employers and employees to organize lockouts and strikes under the Labour Relations Act, starting October 5, 2022. For more details on this development, or for assistance with employment-related questions or disputes in Thailand, please contact Tilleke & Gibbins at [email protected] or +66 2056 5555.

On August 26, 2022, Thailand’s National Wage Committee voted to raise the minimum wage to THB 328–354 per day (USD 9.01–9.72)—an increase of approximately 5% from the previous range of THB 313–336. The decision to boost minimum wages, which were last increased in January 2020, came after a 14-year-high headline inflation rate of 7.61% in July 2022. The new minimum wages have been submitted to the cabinet for final approval and are expected to take effect on October 1, 2022, following publication in the Government Gazette. The exact minimum wage depends on the province in which the workplace is located, as shown in the table below. These minimum rates are for one working day, which consists of eight hours for normal work, or seven hours for work that may be harmful to the health and safety of the employee. Legal Requirements After the new minimum wages are announced in the Government Gazette, employers may not pay employees wages below the prescribed rates. Violations are punishable by imprisonment for up to six months, a fine of up to THB 100,000, or both. Regarding the question of whether employers can reduce the working hours in order to pay less than minimum wages (e.g., a prorated amount), based on past practice, the National Wage Committee’s announcement is expected to provide that a “day” refers to an employee’s normal working day, regardless of whether it is shorter than the “normal working hours” set by the employer under the Labor Protection Act. For example, an employee in Bangkok who earns the current minimum wage of THB 331 per day for normal working hours of eight hours a day would still be entitled to the full new rate of THB 353 per day in October 2022, even if the employer reduces the working hours. For