Patent Litigation in Thailand: Know Your Rights and Duties

Patent litigation is on the rise in Thailand as patent owners become increasingly vigilant and their competitors strive to take advantage of technical disclosures and publicly available advancements.

With such intense market competition nowadays, it is no surprise that most companies try hard to be more innovative, both in terms of process improvements and new product developments.

As a result, companies may suddenly find themselves in a dispute about whether certain acts of manufacturing, importing, using or selling of a product, or implementation of a process amount to an infringement of a previously registered and validly held patent in Thailand.

From the perspective of an original inventor and a patent owner, it is crucial to ensure that new inventions and improvements receive a careful review for patent registration. If a decision is made to file a patent application for such inventions, the patent application must be drafted to deliver as robust and as broad protection of the invention as possible.

However, while the patent application is pending, the applicant is not yet allowed to bring a lawsuit against an infringer based on the pending application. In other words, a patent must be granted in Thailand before the patent owner can commence a legal action against the infringer in court.

From the standpoint of a potential infringer, it is advisable to carefully search and analyze related patents filed or granted in Thailand prior to engaging in any commercial production, marketing and/or sale of a patented product or implementation of a patented process.

Assuming that there is a valid and enforceable patent in Thailand under which a dispute arises, all patent infringement actions in Thailand fall within the jurisdiction of the Thai Intellectual Property and International Trade Court (IP&IT Court). It has the authority not only to hear complaints relating to registered patents in Thailand, but also to grant other interim relief, including a preliminary injunction and an order for search and seizure of evidence of infringement (i.e., an Anton Piller order, so named for a famous 1976 case in England).

For a patent owner facing a potential infringement in Thailand, several enforcement options are available, ranging from informal enforcement measures to formal legal proceedings in court. Both criminal and civil infringement actions are available. Assuming that the infringer can be identified with certainty, the first recommended step is usually to send a formal letter notifying the violator of your patent rights, or a more strongly worded cease-and-desist letter.

Sending letters is a cheaper and less time-consuming avenue compared with launching a complaint with the IP&IT Court or the police authorities right away. It is quite possible that the alleged infringer(s) may not be aware that there is a valid patent in Thailand, and in some cases, they may agree to cooperate in order to avoid a costly and time-consuming litigation. Generally, these types of preliminary letters are sent by a patent attorney or a law firm representing the patent owner, or by the patent owner itself.

If the infringer does not reply or fails to discontinue the alleged infringing activity, more formal enforcement means may be employed, including a court order to seize evidence of infringement, a preliminary injunction, and, ultimately, a complaint to the IP&IT Court.

Once the lawsuit begins, the IP&IT Court will settle the issues in dispute. All parties in the suit will be given an opportunity to present their witnesses and evidence to the court. A patent infringement action generally takes from 18 to 36 months from the submission of the pleadings to the time of the first-instance judgment of the IP&IT Court, but it is possible that the trial may be protracted owing to the complexity of the patent and the amount of evidence to be presented. 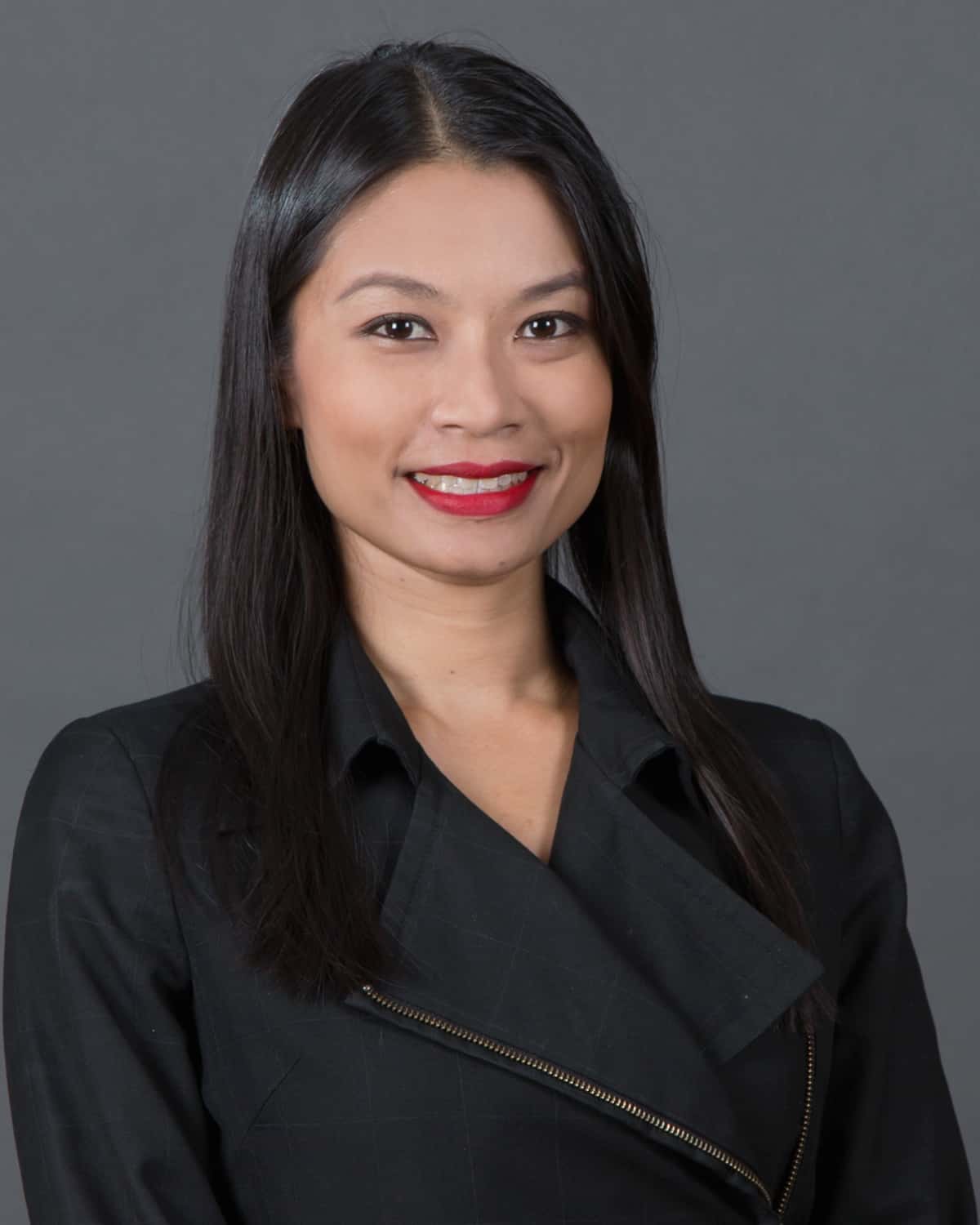 On May 26, 2020, in response to the COVID-19 pandemic, Vietnam’s Ministry of Finance issued Circular No. 45/2020/TT-BTC on the reduction of fees for registration of foreign QR codes as well as certain industrial property fees. Accordingly, the industrial property fees listed in Section A of the schedule promulgated with Circular No. 263/2016/TT-BTC of the Ministry of Finance will be temporarily reduced by 50% from May 26 until the end of 2020, returning to the old levels on January 1, 2021.Specifically, the following fees will be subject to the 50% reduction:

Artificial Intelligence and Legal Research in the 21st Century

John McCarthy, an American computer scientist and inventor, coined the term “artificial intelligence” (AI) in 1956, and is often called the father of artificial intelligence. Now, nearly a half century later, legal professionals recognize that AI is not just a buzzword for novel computer software but, with the ability of computers to perform tasks normally requiring human intelligence, it holds great potential for technology growth. The term AI followed from research that studied and developed concepts around “thinking machines.” Today, AI is generally accepted as a branch of computer science. It concerns the ability of computers to perform tasks normally requiring human intelligence. Subsets of AI include machine learning, deep learning, natural language processing, computer vision, and neural networking. Existing Use of AI in Legal Research So far, the legal profession’s utilization of AI pales in comparison to other sectors, according to a 2019 management consultancy study by Bain & Company. It found that only about 20 to 25 percent of legal departments embrace AI in at least one area of their work, while 40 percent of finance departments and 54 percent of human resources departments do so. A survey in 2017 (on research not associated with AI) by the American Bar Association found that attorneys spend, on average, 16.3 percent of their working hours conducting legal research. Despite the transition of legal research within the last century from using traditional hardcopy materials to computerized databases, to the adoption of online research within the past few decades, little has changed in the time investment, the survey said. With clients pressuring lawyers to reduce costs, leveraging AI to conduct legal research can save time and money. A 2018 article in the Harvard Journal of Law & Technology  exemplified this point in referencing a bankruptcy lawyer who spent 10 hours searching for a key case, whereas an AI platform located the case instantly. With the availability of this type of potential saving, clients may no longer feel they should pay for significant amounts of attorney time conducting legal research. This cost saving, however, may come at a price. In general, some have expressed concern over accuracy in conducting legal research using AI. This perception means the legal profession needs to be educated to test platforms and develop reliance on AI that does not require compromising on quality. Consideration should be given to the potential use of AI platforms in future trademark oppositions and infringement cases. For instance, AI may lead to a change in the trademark similarity comparison criteria and in the average consumer’s perception of conflicting signs. Trademark offices around the world are testing AI tools that may have a significant impact on the way trademarks are protected globally. Trademark analysts are now able to find not only phonetic similarities but also graphic and concept similarities. For example, the trademark research tool used by examiners at the National Institute of Industrial Property in Chile helps them save time when reviewing trademark applications. How Practitioners Might Use AI: A Quick Look There are currently a number of AI tools and platforms that perform tasks for legal representatives. The authors chose several tools and platforms without prior knowledge of their capabilities and assessed their features and functionality. The examples are presented anonymously here. Platform 1 is a search engine (software that carries out only a search function, compared to platforms, which multitask and have additional functionality) that primarily presents cases by theme, jurisdiction, relevance, and content. It is partially driven by legal AI software that analyzes the content of legal briefs, evaluating and then scoring their strengths and weaknesses. It considers arguments, good drafting, and context. In considering arguments, the software analyzes not only the logical aspects of an argument, but the historical results of those arguments and cases cited. The software can show how, historically, the arguments have proven favorable to one side or the other. They can suggest cases that may improve the legal drafting and thereby (hopefully) the result. It offers a final report with graphics and precise information. Platform 2 is an analytical legal search engine that primarily provides analytics of law firms, courts, and judges. It studies the language used by judges, the other party’s experience, and related case work, among other data. The search engine provides results to facilitate the way in which an attorney recognizes relevant information. Platform 3, also a search engine, targets U.S. lawyers searching for relevant terms and covers regulations, law, and cases in the United States. It has a function similar to that used for some years by patent attorneys (including those practicing before the European Patent Office, not just the U.S. Patent and Trademark Office), and provides data on the number of times cases have been cited in other cases (and for patent attorneys, the number of times a patent is cited in other specifications). The results can indicate the significance of the case in the relevant field. It enables the researcher to add notes to the cases and to centralize this analysis in one place for a specific search. The tool is designed to help advocates prepare legal submissions. Platform 4 enables analysis of parameters such as damages, counsel, judges, parties, and the relevant field of law for hearings. It helps provide the litigation team with knowledge and data sufficient to risk-assess whether litigation is worthwhile. In essence, this is a tactical tool designed to try and outthink the opponent and its lawyers, and to “play” the judge to one side’s benefit. Conclusions This sample of AI tools and platforms shows the variety of functionalities and features available to legal practitioners in many practice areas, including trademark filing and litigation. Particularly when practitioners are conducting legal research, leveraging these systems may provide significant gains in time and accuracy. However, practitioners will likely need to invest the time and cost to understand how a specific AI solution could benefit them and their clients. To gain the necessary level of confidence among legal teams, AI providers should focus on educating practitioners about the