Throughout 2022, the Central Bank of Myanmar (CBM) has implemented a series of rules surrounding the compulsory conversion of foreign currency balances in the country. This began on April 3, when the CBM issued a notification directing foreign currency holders in Myanmar to convert their foreign earnings into Myanmar kyat (MMK), within one day, at the official exchange rate. Since then, the CBM has issued further clarifications and instructions for banks authorized to handle foreign currency, responded to some concerns from foreign investors by exempting certain foreign investment projects from the conversion requirement, and relaxed the currency conversion requirements for trade at the Chinese and Thai borders. The process has not been without some trial-and-error as well, with the CBM walking back some exemptions after they were enacted.

Foreign investors and business owners, both in the country and abroad, have raised concerns about this centralized control of foreign currency flow and the depletion of foreign currency in Myanmar’s business community. To help readers understand the sometimes-surprising moves by the CBM over the past months, this article will summarize the key developments in the CBM’s efforts relating to foreign currency conversion.

On April 3, 2022, the CBM issued Notification No. 12/2022 and Directive No. 4/2022 requiring nearly all individuals, companies, and other organizations in Myanmar to convert foreign-currency income received from abroad to MMK within one working day of receipt. These requirements took immediate effect for all transfers and applied retroactively to foreign currency balances already in the country. All authorized dealer (AD) banks (i.e., those licensed to exchange foreign currency) were instructed to convert foreign currency held in the foreign currency accounts of “internal residents”—which included locally registered companies, organizations, and offices; Myanmar branches of foreign companies; and individuals residing or established in Myanmar for at least 183 days (excluding foreign diplomatic staff and foreign civil servants).

Additionally, foreign-currency transfers out of Myanmar must now be performed through AD banks with the permission of the government’s Foreign Exchange Supervisory Committee (FESC).

These announcements caught many by surprise, so the CBM clarified the foreign currency conversion requirements by issuing further details on April 5, 2022. Directive No. 5/2022 exempted the union government and ministries from the requirement, and Directive No. 6/2022 spelled out instructions for AD banks. The directive makes AD banks responsible for handling the conversion process by requiring them to:

As the extent of the foreign currency conversion requirements became clear, foreign business groups and embassies in Myanmar issued letters to the Myanmar government noting the challenges these measures posed to foreign investors and urging exemption for foreign investments. In acknowledgement of the importance of international investment in the country, the CBM issued the requested exemption for certain foreign direct investment (FDI) projects.

The changes came on April 20, 2022, with Letter No. FE 1/69, which specified that the foreign currency conversion requirements in CBM Notification No. 12/2022 do not apply to:

Following the positive response to these exemptions, the CBM issued a further relaxation on April 26, 2022, for exporters and importers conducting trade at the China-Myanmar or Thailand-Myanmar border. This CBM directive (No. 7/2022) extends the currency conversion (THB-MMK or CNY-MMK) deadline to one month, meaning that foreign currency obtained from border trade with Thailand or China no longer has to be converted into Myanmar kyat (MMK) within one day. After export earnings flow into an exporter’s account at an AD bank, the exporter can use the foreign currency as desired or sell it to the bank at the official exchange rate within one month. After one month, any unused balance remaining will be sold to the bank.

In addition, the CBM issued Notification No. 36/2022 to clarify its foreign currency conversion requirement for exporters. The notification specifies that only 65 percent of income received from exportation needs to be converted into MMK within one day. An analysis of the regulations laying out the currency conversion requirements mentioned above suggests that the remaining 35 percent of export earnings balance will be converted into MMK if exporters do not use it within 30 days.

The FESC supervises not only the flow of foreign currencies for domestic and foreign investment, manufacturing, exports and imports, and service businesses (including education- and health-related initiatives), but also other duties relating to foreign exchange management as assigned by Myanmar’s State Administration Council (SAC). While the FESC was established on April 4, 2022, to approve foreign currency conversion under the country’s new policy, the formation of the FESC was made official with the May 13, 2022, publication of the SAC’s order (No. 28/2022) appointing six ministers and other government officials to the new committee.

The restrictions on foreign currency and compulsory exchange policy represent momentous shifts for businesses operating in Myanmar, and they have taken shape around the same time as several other significant transitions in Myanmar’s financial regulations. Some of the prominent changes in the financial sector include the change of the fiscal year (to April 1–March 31 from the previous October 1–September 30), and the promulgation of major budgetary and financial planning laws for the 2022–2023 fiscal year.

This volatility could continue for some time due to global financial pressures, the economic impact of COVID-19, and other domestic and international geopolitical circumstances. Businesses with operations, interests, or significant currency balances in Myanmar should therefore pay close attention to these financial and currency-related developments, and maintain readiness to act promptly as the situation merits. 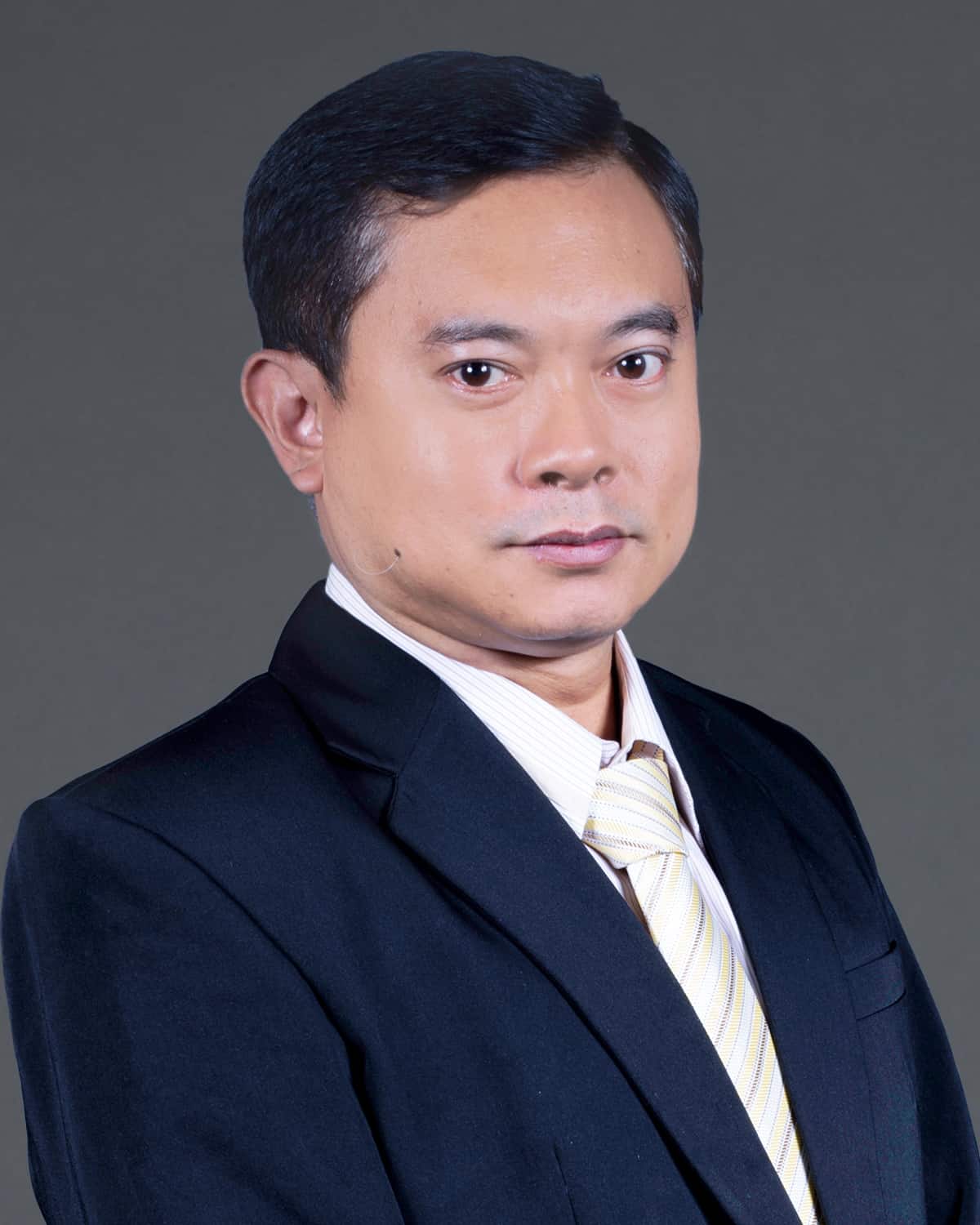 Thailand’s Energy Regulatory Commission (ERC) has issued four new regulations under the Energy Business Act B.E. 2550 (2007) setting forth competition regimes to control both anticompetitive conduct and market structure in the energy business sector. The regulations were published in the Government Gazette on December 19, 2022, and took effect the following day. The key provisions of these ERC competition regulations largely mirror those articulated in the Trade Competition Act B.E. 2560 (2017) and its subordinate legislation. The most significant features of these competition regulations are summarized below. Market Definition Regulation The ERC’s market definition regulation (officially the ERC Regulation re: Market Definition and Relevant Market of Related Energy Services B.E. 2565) outlines the general framework for defining relevant markets in the energy sector. The factors to be taken into consideration include types of energy licenses, geographical areas, competition conditions, and interchangeability of energy services. In the annex to this regulation, the ERC has classified the relevant energy service markets as follows: Power business activities include power generation, power transmission system services, power distribution system services, power distribution services, and power system control services. Natural gas business activities include natural gas transmission through pipelines via natural gas transmission systems, natural gas procurement and wholesale via natural gas distribution systems, natural gas retail via natural gas distribution systems, and storage and regasification of liquefied natural gas. The ERC will review its market definitions and relevant energy service markets from time to time, taking into account changes in technology and competition conditions as well as feedback from public hearings. Market Dominance Regulation Under the ERC’s market dominance regulation (officially the ERC Regulation re: Criteria on Business Operator having a Market Dominance B.E. 2565), the ERC is empowered to proactively determine and declare which license-holding energy business operators have a dominant position

The Contract Committee of Thailand’s Consumer Protection Board has issued new requirements and prohibitions for consumer loan agreements. The Notification of the Contract Committee Re: Stipulation of Loan Business for Consumers as a Contract-Controlled Business B.E. 2565 (2022) was published in the Government Gazette on December 13, 2022, and will take effect after 90 days (i.e., on March 13, 2023). The notification repeals and replaces the Contract Committee’s previous notifications regarding the same subject matter, which were issued in 2001 (Nos. 1–2), 2002 (No. 3), and 2015 (No. 4). The notification enhances protection for consumers by extending the scope of application and stringently regulating the content of agreements for loans to individual consumers. Key Definitions The scope of the notification is largely indicated by its definitions of a few key terms: “Loan business for consumers” refers to a business in which the operator enters into an agreement to grant a loan to a consumer (i.e., not a juristic person) or to allow the consumer to borrow money from the business operator, whereby the consumer will spend money for a purpose other than their occupation or business to earn income. This includes granting loans to consumers through an electronic channel. The notification can also apply to personal loan businesses, digital loan businesses, and peer-to-peer lending businesses regulated by the Bank of Thailand. “Business operators” include financial institutions under the law relating to financial institutions; banks established under specific laws; individuals who carry out a loan business in their ordinary course of business; and juristic persons that engage in loan business, securitization business, or asset management of rights to monetary claim. Certain types of businesses and organizations—such as cooperatives—are excluded from the scope of this notification. “Interest” means legal interest in accordance with the Civil and Commercial Code, and it includes