This article was first published on Franchising Insider—a blog maintained by US Law Firm Quarles & Brady LLP—and was co-authored by Jay Cohen, partner and director of Tilleke & Gibbins’ Phnom Penh office; Mealtey Oeurn, an advisor in Tilleke & Gibbins’ Phnom Penh Office; and Robert A. Smith, a partner in the Washington, DC, office of Quarles & Brady LLP.

Cambodia has a rapidly growing economy with a sustained impressive growth rate of 7.7% between 1995 and 2018 (World Bank, Cambodia Overview). During that time, Cambodia has transitioned from being classified by the World Bank as a low-income country to a lower middle-income country. In addition, a sizable middle class had developed, particularly in Phnom Penh. Along with economic growth, an expanding middle class, and a welcoming investment framework, Cambodia has witnessed the entrance of a number of international franchises, including Burger King, Carl’s Jr., Circle K, Cold Stone Creamery, Domino’s Pizza, Krispy Kreme, L’Occitane, Levi’s, Lotteria, Pandora, and Starbucks, among others.

Cambodia has not enacted any comprehensive franchise laws; therefore, franchising is largely governed by laws of general application that implicate franchise issues. While the Ministry of Commerce is in the midst of developing a Law on Commercial Contracts, which purportedly contains a section on franchise agreements, there is no clear timeline for the enactment of this law. In the meantime, franchising is primarily governed by the following laws:

For franchise agreements prepared in a foreign jurisdiction, franchisors should carefully localize the following provisions to ensure they are enforceable in Cambodia:

In particular, under Article 19 of the Trademark Law, any license agreement for trademarks, including a franchise agreement that contains a trademark license, must impose on the licensor an obligation to effectively control the quality of the goods or services in connection with the mark, otherwise, the contract will not be valid.

While Cambodian law does not require pre-contract disclosure, all information provided in a franchise agreement must be accurate. Under the Civil Code, if a party enters into a contract on the basis of another party’s misrepresentation, that party is entitled to rescind the contract and seek damages from the party who made the misrepresentation. In addition, under the same legislation, a personal guarantee is invalid if the guarantor was not fully informed of all material information regarding the guaranteed obligation at the time that the guarantee was signed.

Franchisors typically grant franchisees the right to use trademarks, systems, logos, advertisements, and know-how in connection with the franchised business. Registration issues related to the grant of rights in trademarks, patents and industrial designs, and copyrights, registration issues are discussed below.

Trademark owners are encouraged to register their trademarks with the DIPR to receive protection under Cambodian law. To maintain registration and to avoid cancellation, the owner of the trademark must file an Affidavit of Use/Non-Use for the mark within one year following the fifth anniversary of the date of registration, or within one year following the fifth year from the renewal date (if the registration has already been renewed). A trademark is registered for a term of 10 years from the date of filing the application and can be renewed every 10 years. If the trademark registration is not renewed, trademark protection will lapse. In 2015, Cambodia became a member of the Madrid Protocol, thus trademark rights holders can initiate a trademark registration application at their national or regional intellectual property office, if that country is also a party to the system.

Patent and industrial design licenses must be registered with the Ministry of Industrial and Handicrafts. In addition, Cambodia has entered into international agreements with China, the European Union, and Singapore on validating patents first registered in those countries.

Cambodia does not currently have any specific competition legislation. Although the Ministry of Commerce is currently working on a draft Competition Law, there is no timeline for its enactment.  Even though there is no competition law in Cambodia, it is common for foreign companies to insert non-competition provisions in their franchise agreements to restrict franchisees from engaging in any activities that compete with the franchisor.

Choice of Law and Dispute Resolution

Choosing a foreign country’s law as the governing law for a franchise agreement does not contravene Cambodian law. In practice, however, local courts may be unwilling to apply foreign law to disputes before them. In addition, certain issues (i.e., advertisement approval requirements, real estate and zoning) can only be governed by Cambodian law.

Foreign franchisors should carefully consider the dispute resolution mechanism in their franchise agreements. Foreign court judgments are not enforceable in Cambodia, unless, among other requirements, there is a guarantee of reciprocity between Cambodia and the foreign country in which the court is based. To date, Cambodia has only entered into such an agreement with Vietnam, meaning that virtually all foreign court judgments will not be enforceable in Cambodia.

Cambodia is, however, a member of the New York Convention on the Recognition and Enforcement of Foreign Arbitral Awards, and foreign arbitration awards are, therefore, enforceable in Cambodia. Cambodia also has its own domestic arbitration institution called the National Commercial Arbitration Center. Accordingly, arbitration is the preferred method of dispute resolution in Cambodia. 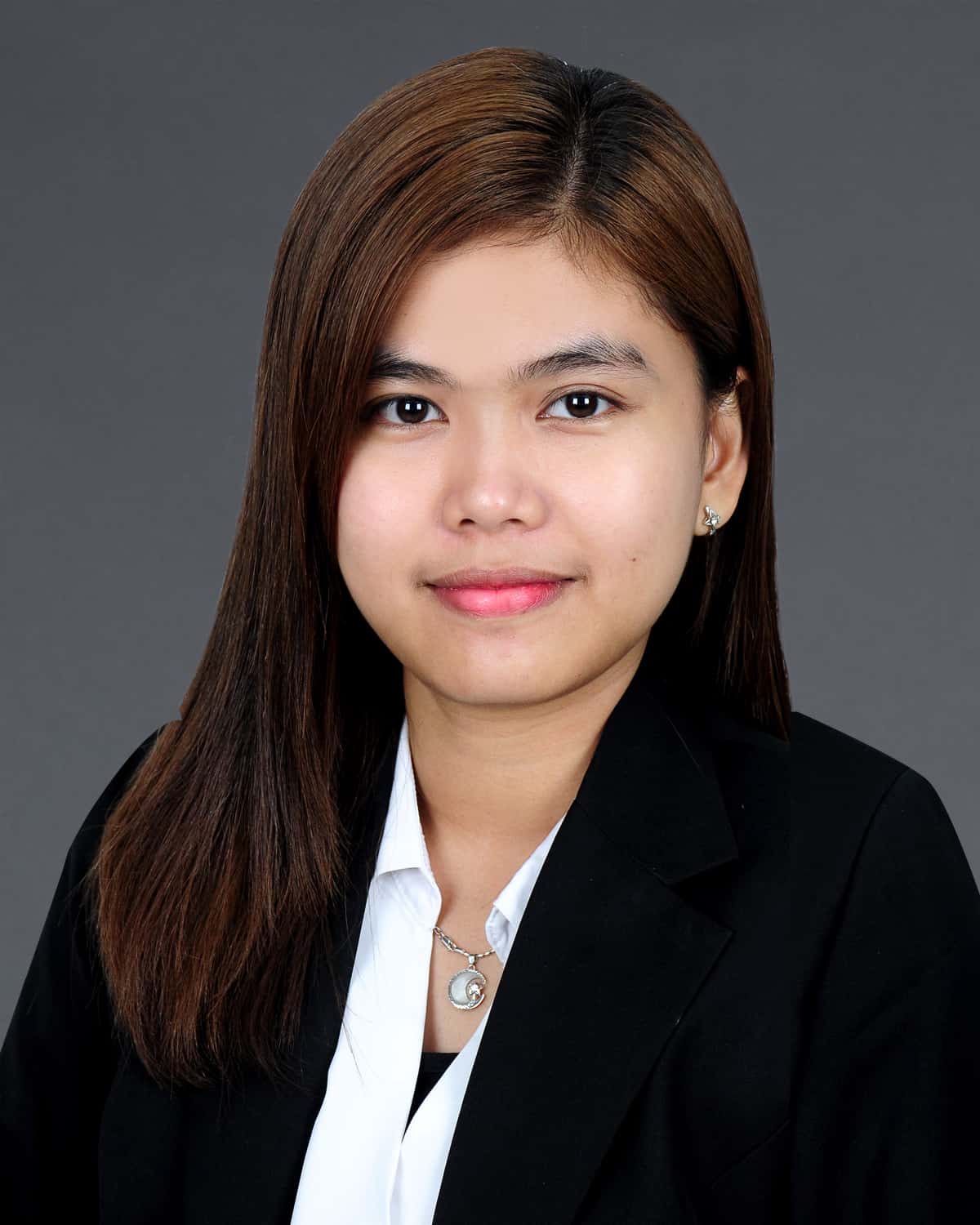 COVID-19 and the resulting lockdown measures to limit outbreaks in Thailand have caused significant financial difficulties for many business operators, large and small. Whether a business is a creditor or debtor, there is a high likelihood they have faced or will face a default caused by the pandemic. This article identifies three legal options available when a party defaults—civil cases, bankruptcy actions, and business rehabilitation actions—and compares key elements associated with each option. For context, those three options are defined as follows: Civil case. A legal proceeding in which a creditor files a civil lawsuit (or arbitration claim) against a debtor for debt collection. If a debtor fails to settle a debt in accordance with a judgment, the creditor can ask the court to enforce the judgment by seizure and sale of the debtor’s assets through public auction. Bankruptcy action. A legal proceeding under the Bankruptcy Act in which a government authority can collect a debtor’s assets, sell the assets by public auction, and distribute the net proceeds among creditors. In bankruptcy proceedings, the creditors will receive repayment in proportion to the size of the outstanding debts. Business rehabilitation action. A legal proceeding under the Bankruptcy Act aimed at helping a debtor recover from insolvency and continue its business. Debtors are given debt relief and a “new start” through business rehabilitation, while creditors are able to collect a higher percentage of outstanding debt under rehabilitation than they would under a bankruptcy action. In short, a civil case is a claim in court for repayment of a specific debt, a bankruptcy action results in distribution of the debtor’s assets among the creditors, and a business rehabilitation action aims to enable the debtor to stay in business while repaying their debts to some degree. A civil case may be appropriate when the debtor defaults on debt repayment and is indebted to only the creditor bringing the action. A bankruptcy action should be considered when the debtor’s liabilities are greater than its assets, and its business cannot continue. Business rehabilitation may be a good option when there is still a reasonable chance of reforming and rebuilding the debtor’s business. The three options also differ in a number of other ways, as laid out below.   Legal Particulars   Requirements for Initiating Action   Proceedings   Advantages and Disadvantages   Conclusion An essential step in pursuing any of these actions is retaining experienced local counsel who can offer tailored advice. Creditors should consider which of these three legal actions in Thailand best suits their needs and circumstances, and chart their course with the help of their legal advisor in Thailand. As noted above, a civil case might be the right option for a single creditor pursuing repayment, while bankruptcy actions and business rehabilitation are more far-reaching options that may be appropriate when there are serious underlying financial or structural issues affecting the debtor. With the aid of a specialist in debt recovery, bankruptcy, and business rehabilitation in Thailand, the creditor can consider the specific circumstances, lay out and execute a winning strategy, and resolve their debt recovery problems efficiently and cost-effectively.