Thomas J. Treutler is the managing director of Tilleke & Gibbins’ Hanoi and Ho Chi Minh City offices. Tom is registered to practice as a foreign lawyer in Vietnam and has been providing legal services in Vietnam for 25 years. He is an attorney licensed by the State Bar of California.

Tom specializes in corporate and commercial law as well as intellectual property, and co-heads the firm’s life sciences practice with Alan Adcock. He advises leading multinationals, as well as small and medium-sized businesses, on setting up their business operations in Vietnam. He regularly handles mergers and acquisitions work, including the Vietnam portion of one of the largest global acquisitions of 2017. Tom leads Tilleke & Gibbins’ strong franchising practice in Vietnam, and advises foreign companies on distribution of products into the fast-growing Vietnamese market. He also advises foreign companies on compliance matters and how to navigate the complicated nuances of Vietnamese labor law. In this area, Tom has led FCPA compliance investigations, and helped successfully resolve several high-profile labor disputes in Vietnam.

Tom, who formerly served as the Chairman of AmCham Vietnam’s IT, Telecom & IPR (ITTI) Committee, regularly advises in the area of media and technology law. Recognized as a leading lawyer in intellectual property by Chambers, The Legal 500, and Managing IP, Tom has extensive experience in patent and trademark counseling, and IP enforcement. He has secured a number of landmark patent infringement victories for foreign companies operating in the life sciences and technology sectors. Under Tom’s leadership, Tilleke & Gibbins has been named Firm of the Year for Vietnam by Managing IP for each of the past six years. In 2014, Tom helped lead an anti-counterfeiting action for a U.S. printer cartridge producer that was named Case of the Year for Southeast Asia by Managing IP, due to the court’s award to the plaintiff of damages and attorney fees, as well as costs for a prior administrative action. As a former patent attorney in Silicon Valley and Los Angeles, he has prepared and prosecuted patent applications in the semiconductor, computer, software, electronics, communications, and medical device industries.

Tom is a former Chair of the East Asia and Pacific Subcommittee of INTA’s Famous and Well-Known Marks Committee, is a member of the INTA Asia-Pacific Global Advisory Council, and currently sits on the INTA Academic Committee. He has advised EuroCham Vietnam’s Pharma Group (an industry group of major pharmaceutical innovators), and has assisted with drafting position papers on compulsory licensing and a roadmap for Vietnam’s compliance with the EU-Vietnam Free Trade Agreement and TRIPS. Tom also serves as a local expert for Vietnam for the European Commission’s ASEAN IPR SME Helpdesk.

Tilleke & Gibbins will hold the 2021 edition of its popular annual Employment Law Forum, which will comprise multiple online sessions, from November 17 to 30, 2021. This year’s forum brings together leading employment law experts from Tilleke & Gibbins’ Bangkok, Hanoi, and Ho Chi Minh City offices, and will feature a variety of sessions in three languages—four in English, three in Thai, and three in Vietnamese. The installments will cover key legal updates and practical guidance on recent employment law issues in Thailand and Vietnam, and will be of particular interest to in-house counsel, executives, and human resources professionals with operations in these jurisdictions. Some of the topics addressed will include transfer of employment, work permits and visas, termination of employment, resignation issues, COVID-19-related considerations, and others. To read more about each of the sessions and to register, please see the full schedule, which includes details of the sessions separated by language.

On October 13, Alan Adcock, partner and deputy director of the firm’s intellectual property and regulatory affairs groups in Bangkok, and Thomas J. Treutler, managing director of Tilleke & Gibbins’ offices in Vietnam, represented the firm in the virtual IP Life Sciences Conference 2021. Life sciences specialists from around the world attended the conference, which was organized to provide patent owners in the life sciences industry with pertinent information and updates relating to patent disputes and litigation in key jurisdictions. During their presentations on local Thai and Vietnamese legal regulations, Alan and Thomas offered insights on policies and risks relating to injunctions in patent disputes, the most successful patent litigation strategies in each respective country, and the cost of litigation versus the practical business benefits of patent protection.

Asia Business Law Journal, a leading legal magazine for the Asia-Pacific region published by Vantage Asia, has released its second annual A-List of Vietnam’s Top 100 Lawyers. We are proud to share that five lawyers from Tilleke & Gibbins have made the list this year: Kien Trung Trinh Linh Thi Mai Nguyen Loc Xuan Le Thomas J. Treutler Trung Nguyen With five recognized lawyers, Tilleke & Gibbins places in a tie for third place among all firms in Vietnam for most lawyers to appear on the A-List. The well-regarded ranking recognizes the top private-practice corporate lawyers in Vietnam based on research conducted in 2021. As the magazine explains, “The A-List is based on extensive research conducted by Asia Business Law Journal. To identify the top 100 lawyers in Vietnam, we turned to thousands of in-house counsel in Vietnam and around the world – as well as partners at international law firms – and asked them to tell us which lawyers should make the cut, and why.” For the full rankings, please visit the Asia Business Law Journal website. 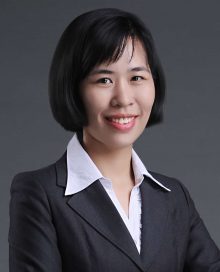 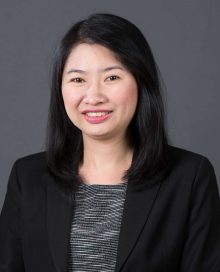 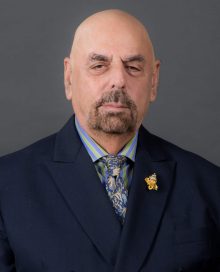 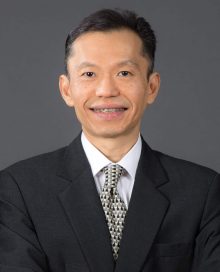 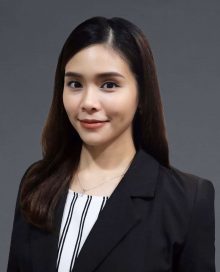