Past, Present, and Future of Artificial Intelligence

Artificial intelligence (AI) is the combination of science and engineering to create intelligent machines that are able to react and solve problems like humans. Years of rapid and complex development have allowed AI to grow significantly in its capacity and ability to mimic human functions to the point that the main focus has shifted from learning human functions to improving functional efficiency. In 1996, Deep Blue, a chess-playing AI computer developed by IBM, beat the reigning world champion—a human—in a game of chess. Twenty years later, AlphaGo, developed by Alphabet Inc., defeated the world’s best player of the board game Go.

With such astonishing innovation arriving in the blink of an eye, AI has raised public concerns regarding the unpredictable intelligence and capabilities of machines learning at increasingly exponential rates, and what intellectual property (IP) implications might arise in the near future.

Now that AI is able to produce poetry and artwork, generate 3D printing, and develop inventions without any human involvement, concerns about ownership have been raised. Because AI is able to create works that would otherwise be recognized as IP created by a human, people have started to ask whether AI deserves a special status in IP. In accordance with that, would the software developer(s) of an AI be entitled to the work created by that AI? And if the user of the AI continually inputs new sources of information for the AI to learn, resulting in newly created IP, would the user be entitled to own the created IP?

Currently, in order to be protected under copyright law, work must originate from an author’s own sufficient skills, labor, and judgment. This law poses a great challenge when trying to determine whether or not AI has used these factors sufficiently to produce such work. In addition, for a patent to be granted, an invention must include novelty, inventive steps, and applicability. The evolving nature of AI, built to simplify human effort, offers new solutions to existing problems that could consequently result in qualifying as patentable inventions.

While the argument on the recognition of AI creations is not yet settled, the topic has continually raised other consequential issues. For example, even if AI were able to receive IP recognition, who would be able to commercialize the exclusive rights? Also, if ownership is given to the AI developer as a reward for effort and investment, why would the developer—involved only during the input stage—be rewarded for the final output stage as well? Finally, if the last option is for works produced by AI to fall into the public domain, why would developers put forth the mental and financial efforts to develop AI with vigor?

Despite the challenges and controversy, a realistic and applicable solution to handle the current situation must be found. The results produced through AI are either an outcome of its own intelligence or an algorithm. If the functions of the machine are purely mechanical, rather than inventive, AI might be considered as lacking creativity. First, however, a distinction between deep-learning—the process in which AI can recognize and understand information and data, supervised or not—and general-purpose algorithms must be made.

The existing law of any country would not identify AI as an author or creator of IP. Therefore, AI would not be granted ownership unless it is able to achieve legal status similar to humans. Most countries’ IP laws require a rights holder to have legal personhood—something that AI lacks. Soon enough, AI might be able to surpass human intelligence and lead humankind to new discoveries, which the law must be able to protect. Eventually, if AI is able to prove independent creativity, it could be considered as a potential author, apart from the human author under copyright. Machines that are able to develop and further their capacity through learning and training—as opposed to those that operate step-by-step algorithms—could be eligible for patent ownership.

When we look at the objectives of IP law, the main policy exists to grant exclusive rights for inventors/creators in order for them to enjoy the privileges produced through their respective works. On a similar note, if AI were granted these same rights, it is doubtful that it would be able to appreciate the achievement or enjoy the resulting privileges. However, valuing new works that benefit the public is a fundamental goal of IP law, and excluding such works from rights would be inconsistent with the law, as well as the public interest, and would be contrary to the push for greater knowledge and creativity that leads to the betterment of the human condition.

One possible solution for regulating the continued development of AI is to establish a broad scope of possible creations that a software developer might anticipate their machine to be used for. The developer can then define that scope explicitly in the user agreement, making any listed product a creation of the developer. Certainly, this agreement can be altered based on negotiations with the user and whether the parties agree that the user can claim ownership of the results of the creations generated by the user’s own skills, labor, and judgment.

If AIs are able to create, it is worth considering that they might also be liable in certain circumstances. AI that analyzes a company’s investment strategies or personalizes big data to a tailor-made marketing advertisement, by way of auto-copying information, might be subject to claims of infringement of copyright, trade secrets, or even data privacy. In the same manner, a computer that produces poetry or artwork or generates 3D printing could be accused of copyright or trademark infringement if it uses others’ IP without requesting authorization. Finally, a self-learning machine that develops a precise and quick process could be accused of patent infringement for using protected technology without knowing that it was already patented. The question that arises from all of these situations is, who is liable?

There are concerns that AI may be able to carry out wrongful operations despite the active control of a human. In that case, who would be liable for any damages? There are many circumstances and factors that would need to be considered. In situations where users of AI should be able to foresee an outcome, or are in charge of handling    and caring for the AI, then they may be considered liable. However, if AI eventually becomes independent and can function without any direct programming, developing through self-learning and going beyond predictability, then liability could fall onto the AI itself. It would be challenging to attribute the fault solely to AI, and unrealistic to hold AI responsible for any damages.

This leads back to the question about the legal status of AI, which, if unanswered, would mean that the creator of the AI would be subject to liability. The law should be written in a way to ensure that humans maintain control and retain the ability to override any decision made by AI. With the creator as the owner and liable party, there should be specific sanctions for AI (i.e., destruction or prohibition of certain users) to protect innocent creators and users alike. However, even if the law reduces or eliminates the creator’s liability, it should not encourage or allow companies to shift liabilities toward their AI creations.

Due to their dynamic nature and humankind’s continued new creations, it is common to see IP laws changed and updated from time to time. Legislative changes to existing IP laws might be required in order to establish regulations for IP works created solely by AI to decide which creations should reside in the public domain, and which parties should be entitled and recognized as the owners of IP resulting from the creation by AI. A suggested step toward governing AI is for all countries to recognize the same boundaries and fundamentals of AI creations and construct legislation covering each country’s regulatory framework and remedies.

Without specific legislation governing the recognition  of AI under IP law at this stage, present challenges can be resolved through a clear agreement between relevant parties (i.e., the AI developer and user), in order to utilize and commercialize IP created by AI.

Sophia, a humanoid robot that uses AI, was granted citizenship in Saudi Arabia—the first robot to be granted citizenship—and in turn, thanked the country for the great honor. Sooner or later, other AI will receive recognitions  of increasing importance for their contributions to society. It will not be long before AI dramatically affects what it means to be human, a thought that can be both compelling and frightening. Nevertheless, the unwavering line for the creation of works recognized under IP law,  and the possible liability consequences caused by artificial intelligence,  must be addressed in order to help balance the commercialization and utilization of new creations that benefit the public interest and facilitate the true objectives of intellectual property law. 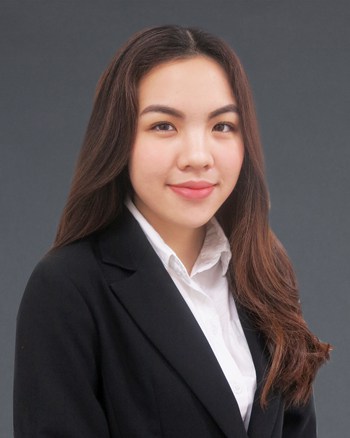